An Open Annotation Ontology for Science on Web 3.0.

There is currently a gap between the rich and expressive collection of published biomedical ontologies, and the natural language expression of biomedical papers consumed on a daily basis by scientific researchers. The purpose of this paper is to provide an open, shareable structure for dynamic integration of biomedical domain ontologies with the scientific document, in the form of an Annotation Ontology (AO), thus closing this gap and enabling application of formal biomedical ontologies directly to the literature as it emerges. METHODS: Initial requirements for AO were elicited by analysis of integration needs between biomedical web communities, and of needs for representing and integrating results of biomedical text mining. Analysis of strengths and weaknesses of previous efforts in this area was also performed. A series of increasingly refined annotation tools were then developed along with a metadata model in OWL, and deployed for feedback and additional requirements the ontology to users at a major pharmaceutical company and a major academic center. Further requirements and critiques of the model were also elicited through discussions with many colleagues and incorporated into the work. RESULTS: This paper presents Annotation Ontology (AO), an open ontology in OWL-DL for annotating scientific documents on the web. AO supports both human and algorithmic content annotation. It enables "stand-off" or independent metadata anchored to specific positions in a web document by any one of several methods. In AO, the document may be annotated but is not required to be under update control of the annotator. AO contains a provenance model to support versioning, and a set model for specifying groups and containers of annotation. AO is freely available under open source license at http://purl.org/ao/, and extensive documentation including screencasts is available on AO's Google Code page: http://code.google.com/p/annotation-ontology/ . CONCLUSIONS: The Annotation Ontology meets critical requirements for an open, freely shareable model in OWL, of annotation metadata created against scientific documents on the Web. We believe AO can become a very useful common model for annotation metadata on Web documents, and will enable biomedical domain ontologies to be used quite widely to annotate the scientific literature. Potential collaborators and those with new relevant use cases are invited to contact the authors. 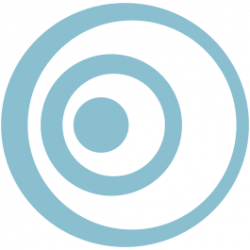