Although the Web was developed in a scientific lab as a means of improving the dissemination of technical documentation, research communication has, ironically, largely escaped its disruptive power.

The news industry, the music industry, real estate, taxis, and hotels have all changed fundamentally in response to the rise of ubiquitous computation.

But innovation in ways we publish our science and scholarship? Not so much.

The industry is still dominated by major publishers with outdated submission systems and questionable security. Universities, governments, and most importantly researchers, still pay to acquire research they have also paid to produce and that was funded by public taxpayer monies. Researchers concede their Intellectual Property to commercial presses and are evaluated using metrics developed for or derived from a print-based research economy. Content has largely migrated from the shelf to the networked screen, but research communication is influenced and held captive by pre-internet customs and structures.

A new survey by Ithaka S+R published in the Scholarly Kitchen suggests that things are beginning to change: researchers are no longer a source of resistance to open initiatives. The most recent survey of US faculty members shows strong support across all age cohorts for the development of a fully Open Access research economy. Support is over 60% for all generations except those past the traditional age of retirement. In the youngest two age groups (22-34 and 35-44), it is 70% or higher.

Unfortunately, as the study’s authors note, “traditional scholarly incentives continue to motivate faculty behavior.” Faculty continue to rate journals on traditional criteria (“reputation,” alignment with research specialisation, wide circulation, and a “high impact factor”). Few scholars believe that the major publishers have been rendered less important to their dissemination practices, even as most would prefer to see them involved in an Open Access distribution model.

The FORCE11 Scholarly Communication Institute (FSCI) at UCLA offers researchers, librarians, publishers, administrators and funders an opportunity to discover strategies to maximise the impact of Open Science and Scholarship, personally and professionally. Through up-to-the minute courses taught by leading thinkers, researchers, and practitioners in the Open Science and Open Scholarship movement, FSCI enables all to discover the latest in Open Research Communication across disciplinary and regional boundaries.

There is nowhere else where you can work with data scientists in the morning, and then choose between learning how to do reproducible science or develop an institutional open access policy in the afternoon. Other courses include an overview of the latest trends in Open Science, an introduction to reputation management, and shorter seminars on the scientific paper of the future. FSCI prepares early career researchers for success in a world of Open Science and Scholarship, citation analysis, and more. You can see the entire course list, with summaries, here.

FSCI @ UCLA: Open in the context of a great research university

For 2019, FSCI is joining UCLA in the midst of the university’s centennial year, and one of the featured projects on campus will be the “OpenUCLA” initiative.  OpenUCLA was conceived to position the UCLA Library – already an outspoken, proactive national advocate for open access – as a leader in making UCLA research publications and resources publicly accessible. The project sets the default to open for UCLA faculty, staff, and graduate students by inspiring compliance with UC’s open access policies, expanding the pool and raising the visibility of UCLA-authored open access academic publications, while increasing their use in teaching and research. OpenUCLA will reinforce UCLA’s ever-expanding role as a community resource, with a broad range of scholarship, education, research, and cultural resources freely available to the public. The UCLA Library will join with partners across campus and throughout the city to host public events, develop and expand educational resources, and collectively build new sources of information about Los Angeles and beyond.

FSCI couldn’t have arrived at UCLA at a better moment. As a major vector for the mobilization of the latest thought in the move towards Open Science and Scholarship, FSCI will be a key component of OpenUCLA. Furthermore, the UCLA Library is making a long-term commitment to host FSCI in partnership with FORCE11 – to help the institute  and its learners to grow and prosper, and to further enhance UCLA’s national reputation for having a positive impact on society. 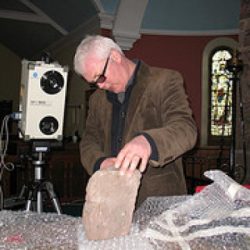