We would like to take the opportunity to postulate the following actions, which we think should be carried out to make the content of images in biomedical articles more accessible:

Obviously, different groups of people need to be involved in these actions, namely article authors, journal editors, and tool developers. It is relatively inexpensive to follow these postulates (though it might require some time), which in turn would greatly improve data sharing, image mining, and scientific communication in general. Standardized diagrams could be the long sought solution to the problem of how to let authors publish computer-processable formal representations for (part of) their results. 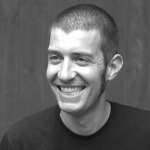