Our work provides us with so much more than money, despite our collective obsession with the weekend. Our job fulfills many aspects of our social relations, completing goals and daily structure, and improving social status. From self-driving cars to state of the art gadgets, in the past few years, artificial intelligence (AI) has made a huge progress. Leaders at top technology companies rely on artificial intelligence for their future development. Considering the progress that we’ve so far witnessed, it seems that AI may turn into reality much sooner than expected. Oded Kariti is a San Diego-based scientist and researcher, who has been studying this machine and software addiction for a long time.

Mass job automation can be devastating for our well-being, and since AI can become more intelligent than any human, there’s no way of predicting how it will behave. Oded Kariti believes that in the next 30 years, more than 30% of the existing jobs will simply disappear. Looking back in history, at times where some jobs were destroyed, usually new and often better jobs were created, which has helped humankind avoid any major disasters. But this time there is one big problem, Artificial Intelligence is taking our spot. Of course, this is not the only problem that people will encounter, although it is by far the most serious and most likely to happen.

The other issue is associated with emotions. Given the fact that AI is meant to imitate people, learn from them and adapt their behaviors, Kariti believes it is possible for humans to make a connection, and somehow get attached to AI. We have seen similar situations in many movies, and we’ve also seen on-screen situations when people get connected with something far more primitive than AI. In the event of such scenario, it will be difficult to find a solution for the situation, because emotional attachments always require something special. People that are emotionally attached should be handled carefully. If they don’t pass to 'the right side' in time, they can become completely dysfunctional, depressed, and dangerous to themselves and possibly the environment.

On the other side, Mr. Kariti feels that AI can also be good for people by allowing them to focus on the things that make them feel fulfilled. That means that AI will leave the critical thinking, complex decision-making, emotional intelligence, and creative work to humans. 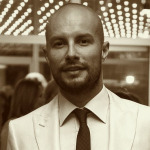 Melissa Harrison 16 Mar 2022 No Comments
PrevPreviousFSCI Registration Open and Courses are filling up, don’t be left out
NextFAIR – DATA: Call for suggestionsNext