Open Access as Inclusion: An Interview with Juan Pablo Alperin

In the following post, we meet Juan Pablo Alperin, recipient of the FORCE16 fellowship for young scholars. Learn about his views on what the Open Access movement can learn from Latin America, how Twitter and Google Scholar are changing the game and why we need to hear the voices of young researchers before it’s too late.

In my effort to lure you to come to FORCE16, I interviewed Juan Pablo Alperin, an Argentinian multidisciplinary scholar, assistant professor at Simon Fraser University and a long-time collaborator with the Public Knowledge Project. We chatted about his trajectory in scholarly publishing since 2006 and the unique perspective he will bring to the FORCE16 table in April. Above all, I was curious to learn more about his motivations: what exactly drives a young computer science graduate to devote his career to transform scholarly communication?

A quick answer to that question would be “exclusion” – or in Juan Pablo’s words: “the lack of diverse voices shaping the direction of disciplines, economic models and infrastructures that support the whole enterprise of scholarship”. His research in North and Latin America exposed him to the shortcomings of the current publishing model and the many contradictions of the Open Access movement, inspiring him to find innovative and context-sensitive ways to overcome these challenges.

As a result, Juan Pablo speaks to the future of research communications with highly critical optimism. While he believes the current scholarly communication model needs to be challenged, he seems confident of this generation’s ability to lead scholarship into a more open, inclusive and global future. (Catch his talk: 'Research is Also for Non-Scholar Audiences': Lessons from Latin America in the Working Beyond Borders: Supporting Global Creation of and Engagement with Knowledge session, on Tuesday, April 19 at FORCE16, to learn more)

“My story with open access is a story of serendipity. I started working for a journal based off Toronto -the Journal of Medical Internet Research- as technical support. I came in to build technologies needed to run the journal, and that is when I first became aware of open access as an issue, at least from the computer science perspective. It was in 2007 when I moved back to Argentina, that I got in touch with the Public Knowledge Project to do some work with them. One of the things I did was running workshops for journal editors all around Latin America. During that time, I became aware of the importance of open access for Latin America, and the plight of editors and scholars working in the region. This is when I decided I wanted to devote my career to helping promote open access and building more efficient, better ways of doing scholarly communication.

When you say “promote open access” -what do you mean by 'open'?

“Openness to me is about inclusion. We commonly define openness around issues of licensing and re-use, but that aspect of openness for me is secondary. Something is open when it manages to be inclusive of all of the people, voices, and institutions that want to participate. Access is not only about being able to read the content but is about being able to have a voice and shape the direction of disciplines, economic models and infrastructures that support the whole enterprise of scholarship. It is about making sure we include voices from the peripheries, in my case, focused on Latin America.”

Does the scholarly community think about openness in a similar way?

I have seen some efforts from the scholarly communications community to be inclusive of voices from developing regions and voices of early career researchers. That comes from the recognition that the only way to make broad sweeping changes around who gets to participate is by including voices of thinkers before they become entrenched -before they start benefitting from power structures. If you make those changes, and you start putting in the right principles about how scholarship should be done at an early stage, it could lead to a change in who gets to participate and how science and scholarship can look going forward.”

Based on your research and experience in the region, what are some of the critical issues facing Latin American scholarship?

The way open access is done in North America is extremely troubling for the Latin American region. For example – shifts we see nowadays in models of financing scholarly publishing, are moving from excluding people from being able to read in the subscription model, to excluding people from being able to publish with the APC model. Importing this model can be a worse form of exclusion than what we had before. Bringing the limitations of that model to the FORCE11 community is an important one for me and one that I have been trying to advocate and push for in different ways.

Is there anything the North American model can learn from Latin America?

“One of the issues I notice in the North American context is the lack of understanding and awareness of what scholarly communication looks like in other parts of the world. In Latin America, there isn’t a question of whether we should have open access or not? The majority of Latin American publishers are already open access, and this has been determined by our history. Bringing this to the North American context, and understanding that an entire region of the world can embrace open access without having to make a conscious effort to change the model demonstrates you can have an entire scholarly publishing ecosystem centered around the open access model and that it can be done at scale.”

What about openness at a smaller scale. Are online platforms and social networks facilitating the inclusion of new voices in scientific research?

“I don’t think it is evident where the shifts are taking place, but In the North American context, I see channels like social media acting as equalizers -I’m thinking Twitter in particular. There is an opportunity to remove the hierarchies in a space where there isn’t an established way to determine who is high status and who is low status. It puts voices of students in an equal playing field. In terms of the science communication space, one of the most positive developments is Google Scholar. An engine that puts research from developing regions, right next to research published in the North, removes signals that suggest: this is someone publishing from a place of authority and this person isn’t.”

As a professor, have you noticed a shift in how students share scientific knowledge in the classroom?

“I’ve only been teaching for a year, but I make an effort to make openness implicit in the classroom. I have students publish and peer review each other in an open forum, and I provide them feedback and annotations in an open channel as well. I am trying to create a culture of openness, as something that is a normal practice. What I’ve noticed is that there is no resistance at all to doing these things. Students understand that this is how the web works, and this is how things are done online. They don’t see it as a some disruption in their activities online. The resistance to doing things openly is something we learn over time. If we cultivate openness in the students and continue to normalize openness in everything they do; if they go on to work in academia, they will bring this openness and practices into their work. That is my hope, and I’m finding little resistance.”

Besides from the surge of new media, what makes 2016 an exciting time to have this conversation?

I have been working in this space for ten years, and I have we are considering possibilities we wouldn’t have considered five years ago. First, with the embrace of openness. Openness is an understood and accepted model. We are still trying to find the right way of doing it, but we have accepted that openness is the desired goal. And second, the attention altmetrics get nowadays. It’s encouraging because it is normalizing and emphasizing other forms of communication. Things are happening in social media, blogs, and other online spaces. We are starting to value forms of scientific knowledge sharing beyond, published papers, published books and conferences. This is something we have seen in the last couple of years – and now we can imagine a future that includes those things.

What are you hoping to see in FORCE16?

I’m encouraged by the effort the FORCE11 organization has been making to bring diversity into this event. I am hoping to walk away having seen a conversation about the vision of scholarly publishing that includes voices that have been previously excluded from the discussion. I’m hoping to hear a vision of scholarly communication that might work for Latin America and other parts of the world that I’m interested in.

Define the following concepts in one word:

Recommend us a fiction and non-fiction that recently inspired you: 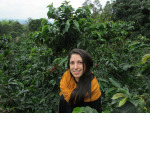 1 thought on “Open Access as Inclusion: An Interview with Juan Pablo Alperin”