Friday, August 2, 2013 The White House announced that President Obama intends to nominate physicist Dr. France Anne Cordova to be the next NSF Director. We do not yet know when Dr. Cordova's nomination will be considered by the Senate. Dr. Cordova is President Emerita of Purdue University, where she served as President from 2007 to 2012. From 2002 to 2007, Dr. Cordova served as Chancellor of the University of California at Riverside, where she was a Distinguished Professor of Physics and Astronomy. Previously, Dr. Cordova was the Vice Chancellor for Research and Professor of Physics at the University of California at Santa Barbara from 1996 to 2002. She served as NASA's Chief Scientist from 1993 to 1996. She was on the faculty of the Pennsylvania State University, where she served as Head of the Department of Astronomy and Astrophysics from 1989 to 1993. Dr. Cordova served as Deputy Group Leader in the Earth and Space Sciences Division at Los Alamos National Laboratory from 1988 to 1989 an d Staff Scientist from 1979 to 1989. She is Chair of the Board of Regents of the Smithsonian Institution and a member of the National Science Board. Dr. Cordova received a B.A. from Stanford University and a Ph.D. from the California Institute of Technology.


In addition, American Society for Microbiology President Dr. Jo Handelsman was nominated to serve as Associate Director for Science in the White House Office of Science and Technology Policy. Dr. Handelsman has worked with the FASEB MARC program and will focus on issues related to medical innovation, biotechnology, physical sciences, and other areas. Dr. Jo Handelsman is the Howard Hughes Medical Institute Professor and Frederick Phineas Rose Professor in the Department of Molecular, Cellular and Developmental Biology at Yale University, a position she has held since 2010. Previously, she served on the University of Wisconsin-Madison faculty as a Professor in Plant Pathology from 1985 to 2009 and Professor and Chair of the Department of Bacteriology from 2007 to 2009. She is currently President of the American Society for Microbiology. In 2011, Dr. Handelsman received the Presidential Award for Excellence in Science Mentoring. From 2002 to 2010, Dr. Handelsman was the Direct or of the Wisconsin Program for Scientific Teaching. In 2004, Dr. Handelsman co-founded the National Academies Summer Institute on Undergraduate Education in Biology. She received a B.S. from Cornell University and a Ph.D. from the University of Wisconsin-Madison. 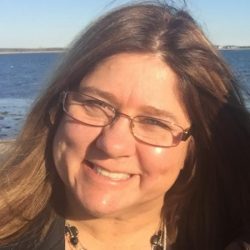 Melissa Harrison 16 Mar 2022 No Comments
PrevPreviousUniversity of California Passes Open Access Policy
NextIf We Share Data, Will Anyone Use Them? Data Sharing and Reuse in the Long Tail of Science and TechnologyNext