2015 marks the 350th Anniversary of the first scientific journal. To celebrate this anniversary we are delighted to be able to offer FORCE15 attendees the rare opportunity to see the very first issue in person, as presented to the University Of Oxford by Sir Christopher Wren…

In 1665, almost five years after being founded, the Royal Society of London launched the Philosophical Transactions of the Royal Society, the world’s first journal devoted purely to the sciences.

Created in the mid seventeenth century and formally known as The President, Council, and Fellows of the Royal Society of London for Improving Natural Knowledge, the Royal Society is possibly the oldest learned society for science in the world and was granted a Royal Charter by King Charles II.

Inspiration for the creation of the Society came from groups of physicians and natural philosophers meeting at a variety of locations, including Gresham College in London and at The Philosophical Society Of Oxford (run under a set of rules still retained by the Bodleian Library).

The Society continues to receive parliamentary funds to this day, providing scientific advice to the UK government and funding both in academia and to start-up businesses.

Since its inception the journal’s impact upon the academic process has been considerable. As well as providing a mechanism for the registration, dissemination and archiving of research, it provided the framework upon which peer review would eventually develop.

The importance of the Philosophical Transactions in terms of disseminating key scientific discoveries can not be overstated. Isaac Newton published his first paper “New theory about light and Colours” in the journal. James Clerk Maxwell and Michael Faraday also published papers in Phil. Trans., as did Charles Darwin.

Such was the success of the journal – and the rapid pace of scientific progress and discovery – that in 1886 it became necessary to split the journal in two. The resulting journals, known as Philosophical Transactions A and B, covered both the physical sciences and the life sciences respectively.

The University of Oxford holds a number of copies of the first edition of the Philosophical Transactions, one of which was presented to the Savilian Library (later to become part of the University's Bodleian Libraries) by Sir Christopher Wren, for the private use of the professors of Astronomy and Geometry. Wren, a student and fellow at Oxford, is best known as one of the most highly acclaimed English architects in history but was also a notable anatomist, astronomer, geometer, and mathematician-physicist, whose work was well regarded by Isaac Newton and Blaise Pascal amongst others.

We are deeply indebted to the University’s Bodleian Library who are offering  a limited number of FORCE 2015 attendees the opportunity to see these rare and precious books in person.

At FORCE2015 we will be marking the anniversary of the journal's publication with a session examining the history and impact of the Philosophical Transactions. This will allow us to open further conversation around such issues as:

The Royal Society is organising a variety of events to celebrate the 350th anniversary, including a free exhibition showcasing Philosophical Transactions from its seventeenth century origins all the way through to the modern journal it is today. To find out more visit: 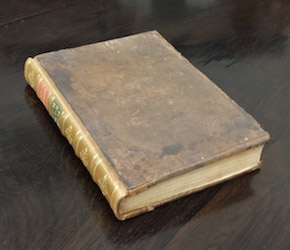 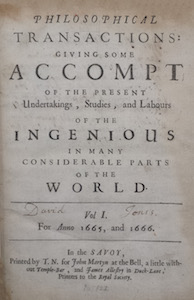 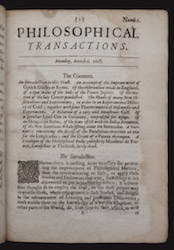 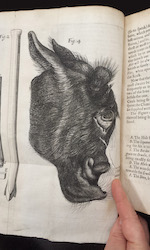 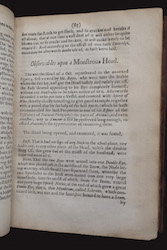 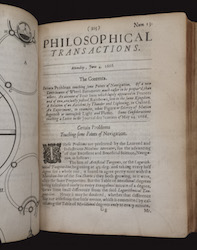 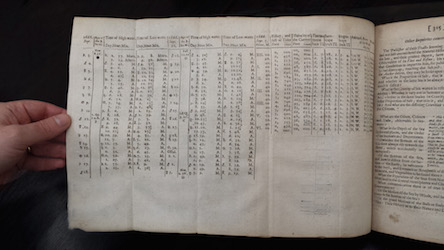 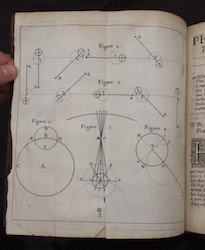 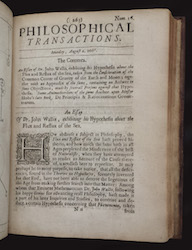 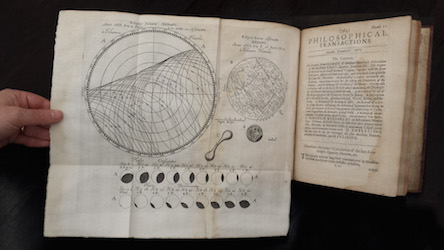 All images on this page are © Bodleian Libraries and may only be used with permission.