On April 17, 2016, members of the OpenRIF community held a successful workshop at the FORCE2016 conference held in Portland, OR.

The workshop opened with an overview of the OpenRIF project and community. Melissa Haendel, director of the Ontology Development Group (ODG) at OHSU, started the session off with a brief history of OpenRIF before going around the room to allow workshop participants to introduce themselves. Next, Violeta Ilik, head of Digital Systems and Collection Services at Northwestern’s Galter Health Sciences Library, gave an overview of how OpenRIF intends to integrate the research landscape. Finally, Shahim Essaid, also with the ODG at OHSU, finished up the overview with a brief tour of OpenRIF community resources on the web, including our GitHub organization, the VIVO-ISF ontology, our website, and our issue tracker.

Next, several members of the OpenRIF community spoke briefly on various projects that are already using the OpenRIF infrastructure.

Mike Conlon, VIVO project director for the Duraspace organization, gave an overview of the VIVO project and the VIVO-ISF ontology, highlighting all of the ontologies integrated into VIVO-ISF and describing the Person model used in the new OpenVIVO platform. Shahim Essaid introduced the eagle-i project, explained how it was integrated with the VIVO-ISF ontology, and the project’s modular approach, which OpenRIF plans to use as a model for future VIVO-ISF development. George Chacko, Chief Scientific Officer at NET Esolutions Corporation, gave an update on his team’s work on the NIH Portfolio Analysis Reporting Data Infrastructure (PARDI) project, including an overview of the project scope, system architecture, current status, and a case study. Marijane White, another member of the ODG at OHSU, discussed the effort to integrate SciENcv, the federal researcher profile and biosketch system, into the OpenRIF ontology, and what we hope to achieve by completing this integration. Finally, Kristi Holmes, director of the Galter Health Sciences Library at Northwestern, closed out the presentations with an overview of the work the NISO/FORCE11 Attribution Working Group is doing to represent an expanded set of research contribution roles and output types, in order to support expanded evaluation metrics and foster a better understanding of the scholarly ecosystem.

Look for a series of followup posts to the OpenRIF blog that will go into each presentation in more detail!

Workshop participants asked good questions throughout. What they most wanted to know was how they could become contributing members of the OpenRIF community. Mike Conlon had some suggestions that will be explored further in a future post. The workshop finished up with an intense discussion about what the FORCE11 and OpenRIF organizations are really about. Shahim Essaid proposed that OpenRIF become part of W3, while Marijane White drew an analogy between the work OpenRIF is doing for scholarship and the schema.org community. These ideas will also be explored further in a future post to the OpenRIF blog.

Thank you to everyone who presented, attended, and participated in the workshop! We owe our success to you. 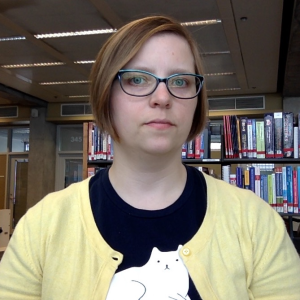