“It’s a Matter of time” – Talk for Frankfurt Conference 2021

Hello, I am speaking to you from Yuggera Country (known as Brisbane) in Australia and pay my respects to the traditional indigenous owners of the land. It is 11.30pm here.

Today I am going to talk about how the open access community is not singing from the same song sheet, by talking about my lived experience of open across two hemispheres. As you can hear I have an Australian accent, but between 2015 – 2019 I worked at Cambridge University as the Deputy Director of the Libraries with responsibility for Scholarly Communication and Research Services. My time there coincided with a huge upheaval as the Finch Report and subsequent Research Councils UK and Research Excellence Framework policies came into effect.

I had already been heavily involved in the open space – I was growing my new baby boy and writing my PhD on researcher engagement with OA between 2004 – 2008. I worked on several projects that looked at research infrastructure for open as part of a very forward-looking tranche of government infrastructure funding. Australia was leading the world in the early 2000’s. The first Open Repositories conference was held at Sydney University in 2006. Australia had a clear green OA strategy.

After my PhD I held a scholarly communication position at the Australian National University for four years and the created the Australasian Open Access Strategy Group which I worked on for two years.

Changing hemispheres is really tough – the academic year is upside down. It’s cold at Christmas! But the thing that really hit me was that the open discussion was a completely different level. There were a few reasons for this – the policy landscape was pushing a new agenda. But one of the main factors is the sheer scale. Australia is huge – just before flying to the UK, my family drove around Australia – 26,000km and five months. But there are under 26 million people here. There are nearly three times as many people in the UK, on a much smaller land mass. And Britain is right next to Europe. While the fantasy of places only being ‘2 hours away’ in reality it is often a full days’ travel. Nonetheless, you are right next to discussions, events, workshops, working groups etc etc.

In the famous words of an ex-Prime Minister here – the times suited me. But they didn’t suit my family, and we made the decision to return to Australia. Let me tell you there is such a thing as reverse culture shock. I thought I was coming ‘home’. But we moved to a new city, which had its own challenges.

What I saw on return was in the open space, things had almost stood still. In some aspects, it had gone backwards since I left. There was still no cohesion of funder policies or approaches and there was still no national discussion. There are still lots of pockets of activity, but they are often invitation-only events (in that they happen behind closed doors). The conversations are still focused on open access. Open research is only just moving into the conversations now. We don’t talk about reproducibility and the discussions about research culture are in their infancy. With a move to Read and Publish agreements, there is no discussion about the implications this has for our ostensibly green OA strategy.

As an example of the problem, I recently completed an analysis with some colleagues on open access policies in Australian universities. Fewer than half of the universities even have an OA policy. Those that do are not convergent on questions of payment for publication, on positions on hybrid, on the purpose of the policy, or indeed even on what the definition of open access even is.

Consistently in this space I have found that the most effective method of managing change and meeting the challenges is being prepared to have open discussions. But the most important factor is acknowledging that it is complicated. That there is no finished answer. That we will make mistakes, and that’s OK. That solutions and knowledge might be held in surprising places. This is why an invitation-only approach is not ideal. It assumes that you have managed to invite all the right people into the room.

In the worst-case scenario, big mistakes can happen. And in the last few weeks one of only two government funding bodies, the Australian Research Council (ARC), hit the international news over a new rule they had introduced to one of their early career finding programs which excluded any applications that mentioned (not cited, mentioned) preprints. Now the fact they brought this rule in is shocking enough – and there has been huge pushback, and in response the ARC have backed down. But the real scandal here is no-one in the universities’ research office felt this rule was noteworthy enough to query it. It wasn’t until after the selection process had occurred and some applications had been rejected that the outcry began.

How are we in a position where the level of engagement with what is happening at such a fundamentally shifting level overseas, has just not scratched the surface here?

There are a few reasons. But the main one is distance. Australia is a very long way away. When my family knew we were moving to Cambridge we found a globe, put our finger on Canberra where we were living and the other hand on Cambridge – our fingers were pointing to one another. So the idea of popping across to events in Europe is just not feasible. Leaving COVID-19 ‘fortress Australia’ aside, the cost is phenomenal for the trip, and to make it worthwhile you need at least a week, usually two. And the jetlag. I promise you *none* of you have experienced jetlag unless you have travelled from the Northern Hemisphere to Australia or New Zealand.

In this online environment, there’s a greater opportunity for people who could never previously attend events due to cost or time off work, are now able to. I am on the Steering Committee for OAI12 Geneva conference “Innovations in Scholarly Communication’. We normally have about 250 people attend in person. Last month we had close to 1000 attendees – it’s a whole new scale.

So that’s good isn’t it? Well, let’s talk about time zones. It’s 11.30pm for me now. I am on international steering committees, editorial boards I speak at workshops and present at events, like this one. These are ALL held in northern hemisphere time-zones. So in any given week I would have several early morning and very late night meetings outside of the 7am – 7pm ‘work day’. And it really sucks when they are the same day.

So staying up to date comes at a huge personal cost if you are living in the southern hemisphere. I do all of these external commitments on top of a full-time job – I’m the Associate Librarian at Flinders University. I’m often very tired.

I am invested. This is my research area of interest. I have lived experience and personal contacts – I know many of the people on this panel.

But that’s not the experience for most people. In a place like Australia it is easy to pretend the rest of the world isn’t there. Our appalling record on climate change is one example of this phenomenon. It’s very difficult to stay in touch. There’s only so much you can do with Twitter.

So my message here is, if you really want to have a global conversation, if we do want to have open and shared conversations then occasionally it’s going to have to be in a time zone that is not comfortable for YOU.

I’d like to see the discussion open up. Part of that is a cultural change that has to happen here. But it would be much easier if the innovative and exciting discussions were accessible to those people here who are interested and bring their own knowledge and experience. 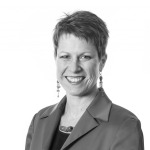