Open Science @ Session B: Open and Citizen Science in the heart of Europe @ OkCon 2013

Hi! as HackYourPhD, p2p Foundation, Open Science Federation and other fellas we propose two ideas for the Session B at the Open Knowledge Conference in Geneve [ #OkCon ], on the last day, Thursday 19th, September 2013
Session B: Open and Citizen Science in the heart of Europe
http://okcon.org/open-science-and-research/session-b/
Anyone can propose their own idea, which will be voted during the first three day of the conference, the most voted will be executed the last day.
_________________
1st Workshop Idea:

Wikisprint : Global overview of the OpenScience initiatives around the world

Tell us more about your idea
A few months ago an event was organised to aggregate links and knowledge about P2P initiatives. http://codigoabiertocc.wordpress.com/2013/08/07/globalp2p-the-wind-that-shook-the-net/
In partnership with Michel Bauwens of the P2P Foundation and HackYourPhd Célya Gruson-Daniel wants to organize a similar event for OpenScience initiative. The P2P Foundation aims to promote and document peer to peer practices in a very broad sense.The collective HackYourPhd federate numerous students, researchers and citizens interested in the production and the sharing of knowledge. Being an administrator on the French Wikipedia, Célya will likely get support from the Wikimedia communities.
This wikisprint will be set up as follow:
1) The idea will be to announce the event a few days before and invite people on twitter and other platform to share their initiative with us. We could for example use the hashtag #OpenScienceWiki
2)  During the hackathon, people @OkCon in Geneva but also elsewhere could help to aggregate the links in a wiki, interact with people all around the world and invite them to share their initiatives.
We can use the P2Pwiki : http://p2pfoundation.net/Spanish_P2P_WikiSprint
We could also map this OpenSciene initiative in a map http://maps.ubimix.com/hyphdus/
3) We could also visualize all the interaction with the hashtag
Here is an example of what people have done during the #GlobalP2P event
http://demos.outliers.es/wikiSprint/
4) Once the broad mapping is done on the P2Pwiki, it could serve to enhance several Wikipedia articles on Open Science. The content is currently rather poor to this date: see for instance http://en.wikipedia.org/wiki/Open_knowledge and to a lesser extent http://en.wikipedia.org/wiki/Open_Science. Wikidata — the growing open data repository of the Wikimedia Foundation — could also use some contributions to the topic https://www.wikidata.org/wiki/Q2251455 and https://www.wikidata.org/wiki/Q309823 are empty.
5) Illustrations and dataviz might also be welcomed : for instance, graphics of academic publishing economics (figures are rather hard to get).
Do you need some support?
Designer and programmer are welcome for the visualisation
Something else?
Here are some guidelines given by Michel Bauwens to help us organize this workshop.
* it's important to give some basic how to advice at the beginning of the process
* in each locale, it's good to have a person that can just wander around and help and stimulate the other people (this makes a big difference)
* we had a permanent rolling hangout, with every hour a different topic to be discussed (it went on for 15 hours or so during the hispanic wikisprint)
* it makes it much more easy if there is a pre-established form, with the tickable tags etc ..
* clear delimitation of subject matter, not anything goes <g>, make sure you specify what open science is inclusive of, perhaps some geographic limitation (say Europe) etc..
* choice of tags: one for the event itself, say [[Category:OpenScience Wikisprint]]; one for the topic, so that it continues to live on after the event, say [[Category:Open Science]]
this can be combined for example with country tags, [[Category:France]] etc .
(the p2pfoundation.net wiki already has http://p2pfoundation.net/Category:Science for the broader p2p/commons aspects of science, this would allow a more specialized focus)
I will be also present during this worshop to help the interaction with Wikipedia and the wikipedia community.
*Including Wikipedia within the wikisprint could stimulate global contribution by attracting experienced wiki user. We can create a parallel contribution project (an example : http://en.wikipedia.org/wiki/Wikipedia:GLAM/MonmouthpediA )

Booksprint: OpenScience Guidelines for PhD Students and researchers
Tell us more about your idea
Organize a book sprint to write a guide about how to do open science for researchers or PhD students.
No special skills are needed to participate, if you are a PhD student or a students or know the basic of science from another area. We will share our ideas and experience with open science.
Possible chapters:
To write the book, we will use Fidus Writer ( http://fiduswriter.org ), an open source, web-based editor that typesets academic writing with citations and formulas, and lets us publish PDFs or ebooks of  articles and/or journals without any technical skills. The Fidus Writer team will assist via hangout/chat.
Do you need some support?
Some designers are welcome to help for figures, and other visualisations. Internet access has to be available and Google Chrome or Chromium installed on the machines.  Artstatistic minds are also welcome 🙂
Something else?
I think it would be a good idea to find a printing solution as well, because to have something in your hands, can be very engaging and it would be great for HackYourPdh to have something to show around. But this could be done afterwards. 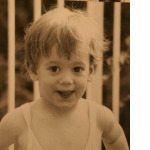