What would you do with 1K to make research communication better?

At the recent Beyond the PDF2 meeting, FORCE11 issued the "1K Challenge" :  What would you do to make research communication for 1K that doesn't involve building another tool?

I was struck by the presentations in the "Making It Happen" and the "Vision" session, how often the subtext was "Use my tool and all your problems will be solved" and "If I only had another couple of million dollars, I could really do something special".  I see this all the time in NIF, where someone comes up and offers their tool as a solution to all that ails me.  But after you've heard that 100's of times and seen the usually dozens of similar resources, you tend to get a bit jaded.  And I usually ask "have you considered working with this group or that group to figure out how you can coordinate or interoperate with each other?"  I also tell them that the chances of getting those millions of dollars are very slim.  So figuring out ways where we can work together more effectively to make our tools and approaches more known, usable and useful seems a worthy goal.  The 1K challenge is a step in that direction.  So I hope that you will take a look at the proposals and vote for your favorite.  Voting is open until April 21st. 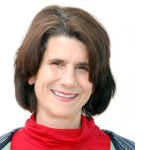