Genome-wide histone acetylation is altered in a transgenic mouse model of Huntington’s disease.

In Huntington's disease (HD; MIM ID #143100), a fatal neurodegenerative disorder, transcriptional dysregulation is a key pathogenic feature. Histone modifications are altered in multiple cellular and animal models of HD suggesting a potential mechanism for the observed changes in transcriptional levels. In particular, previous work has suggested an important link between decreased histone acetylation, particularly acetylated histone H3 (AcH3; H3K9K14ac), and downregulated gene expression. However, the question remains whether changes in histone modifications correlate with transcriptional abnormalities across the entire transcriptome. Using chromatin immunoprecipitation paired with microarray hybridization (ChIP-chip), we interrogated AcH3-gene interactions genome-wide in striata of 12-week old wild-type (WT) and transgenic (TG) R6/2 mice, an HD mouse model, and correlated these interactions with gene expression levels. At the level of the individual gene, we found decreases in the number of sites occupied by AcH3 in the TG striatum. In addition, the total number of genes bound by AcH3 was decreased. Surprisingly, the loss of AcH3 binding sites occurred within the coding regions of the genes rather than at the promoter region. We also found that the presence of AcH3 at any location within a gene strongly correlated with the presence of its transcript in both WT and TG striatum. In the TG striatum, treatment with histone deacetylase (HDAC) inhibitors increased global AcH3 levels with concomitant increases in transcript levels; however, AcH3 binding at select gene loci increased only slightly. This study demonstrates that histone H3 acetylation at lysine residues 9 and 14 and active gene expression are intimately tied in the rodent brain, and that this fundamental relationship remains unchanged in an HD mouse model despite genome-wide decreases in histone H3 acetylation. 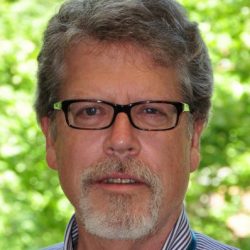 Melissa Harrison 16 Mar 2022 No Comments
PrevPreviousImproving data and knowledge management to better integrate health care and research.
NextHow a little bit of technology can fix the editing and production processes for the social sciences.Next