You should attend FSCI, here is why.,,,

You should attend FSCI, here is why.

FSCI is a unique experience that will place you in the middle of an ongoing conversation about open access and scholarly communication. Researchers, librarians, and other specialists get together to teach, learn, and strategize, impulsing change. But FSCI is much more than that.

I first heard of Force 11 around 2013 in the context of research dissemination, open access, and (self)-archiving. Although I have been advocating Open Access without restrictions for some time, I never before had the opportunity of attending either the Force11 conferences or FSCI. A generous scholarship made it possible for me to attend FSCI 2019.

After more than 20 years of working at universities, it is easy to become nested within one’s own crowd, following familiar routines. Perhaps, for this reason, it was a stimulating experience to arrive at UCLA this past August to encounter an incredibly diverse crowd with the clear and common objective of learning about scholarly communications and finding new ways to approach the way in which we publish and distribute research.

The courses I attended were informative, challenging, but also compelling. The instructors were knowledgeable and approachable and participants, in general, contributed to a welcoming environment where it was almost impossible not to feel included. I would be hard-pressed to recall other academic events in recent years, in which I had so quickly felt at ease and as if I were part of the crowd. Moreover, the organizers made a deliberate effort to ask our opinion on almost every aspect of the summer institute.

One of the main reasons I wanted to attend FSCI 2019 was the course dictated by Thomas Hervé Mboa Nkoudou, “A Decolonized Approach to Scholarly Communication,” where I hoped to identify the ways in which structural factors uphold soft domination and tend towards the exclusion of certain parties. The course was exactly what I was hoping for and then some more. Thomas’ examples have served me well in beginning to decolonize my syllabus, as well as my own writing and research. A particularly useful resource came in the form of a set of notes for the self-assessment of citational practices, written by Angela Okune, which is useful when writing but also as a tool to measure whether other researchers’ works go beyond the status quo. For me, this prompted me to press on with the idea of building a bibliography of scholars working within the medieval studies area with a focus on BIPOC and other minorities, as well as to start such work within the field textual scholarship.

The linguistic register developed in the context of the course has already had an impact on my writing. The concepts of epistemic alienation and cognitive justice are fundamental to our understanding of the systemic inequalities which are still alive and well in the world of scholarly communications.

At my own institution, I’m planning brief workshops based on some of the things I learned during FSCI 2019. We have scheduled a workshop entitled “Academic Identity Online” for October 2019, and we hope to offer a seminar on “Decolonized research.”

However, to list the courses, to state what one might have learned in a classroom, or to point out what initiatives sprung from having been there, would be selling FSCI short. In reality, it is the community that makes FSCI such a rich experience. The social program, with receptions, the do-a-thon, and the battledecks are an integral part of FSCI and prompted ongoing conversations on all sorts of topics relating to scholarly communications and possible collaborative enterprises.

Anyone who has not yet attended FSCI should plan to be there in 2020. If you decide to attend, you should make sure you participate in all the less-structured events (the lightning talks, the do-a-thon, birds-of-a-feather), if you do, you might come up with great ideas to implement in your own institution, your research, and even your day-to-day life. 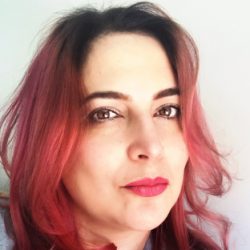